Some container runtime software is compatible with Linux and Windows, making the containers cross-platform. Containers isolate the software from the environment and make it run identically despite the differences in the environment, for example, staging and production. Containers are flexible, portable, and easy to deploy compared to VMs that use a full OS version each (Docker, Unknown Date, ref. 1).

The Docker engine is a lightweight open-source containerization technology that implements high-level and low-level runtimes. It is combined with a workflow for building and containerizing applications. It can be installed on any operating system.

Container technology was developed over ten years ago for Linux in the form of LXC. Other vendors offer their system virtualization, such as Solaris Containers, FreeBSD jails, and AIX Workload Partitions (Paul Rubens, 2017, ref.3)(Docker, Unknown date, ref.4).

In 2015 a company called CoreOS created its version of containers that could potentially fragment the container industry. They were the competitor of Docker. But the rocket (rkt) runtime from CoreOS is not actively developed anymore. Its last release date is 16 April 2018. The rkt runtime remains a significant piece of the history of container technology (Iucab, 2018, ref. 5).

It was agreed with the company mentor that the research would be focused on Docker containers because they are more popular and relevant to include in container security training.

Containers are usually run in a container orchestration environment. Its goal is to automate the containers’ deployment, scalability, monitoring, and management. Orchestration is essential for individuals and companies running multiple containers simultaneously because it is almost impossible to manage them manually. There are many vendors of container orchestration tools, but the most popular is Kubernetes. It is an open-source tool initially designed by Google to manage its infrastructure. Now it is maintained by Cloud Native Computing Foundation.

In the image below, a more detailed architecture of a Kubernetes cluster and how each component is communicating with each other can be found: 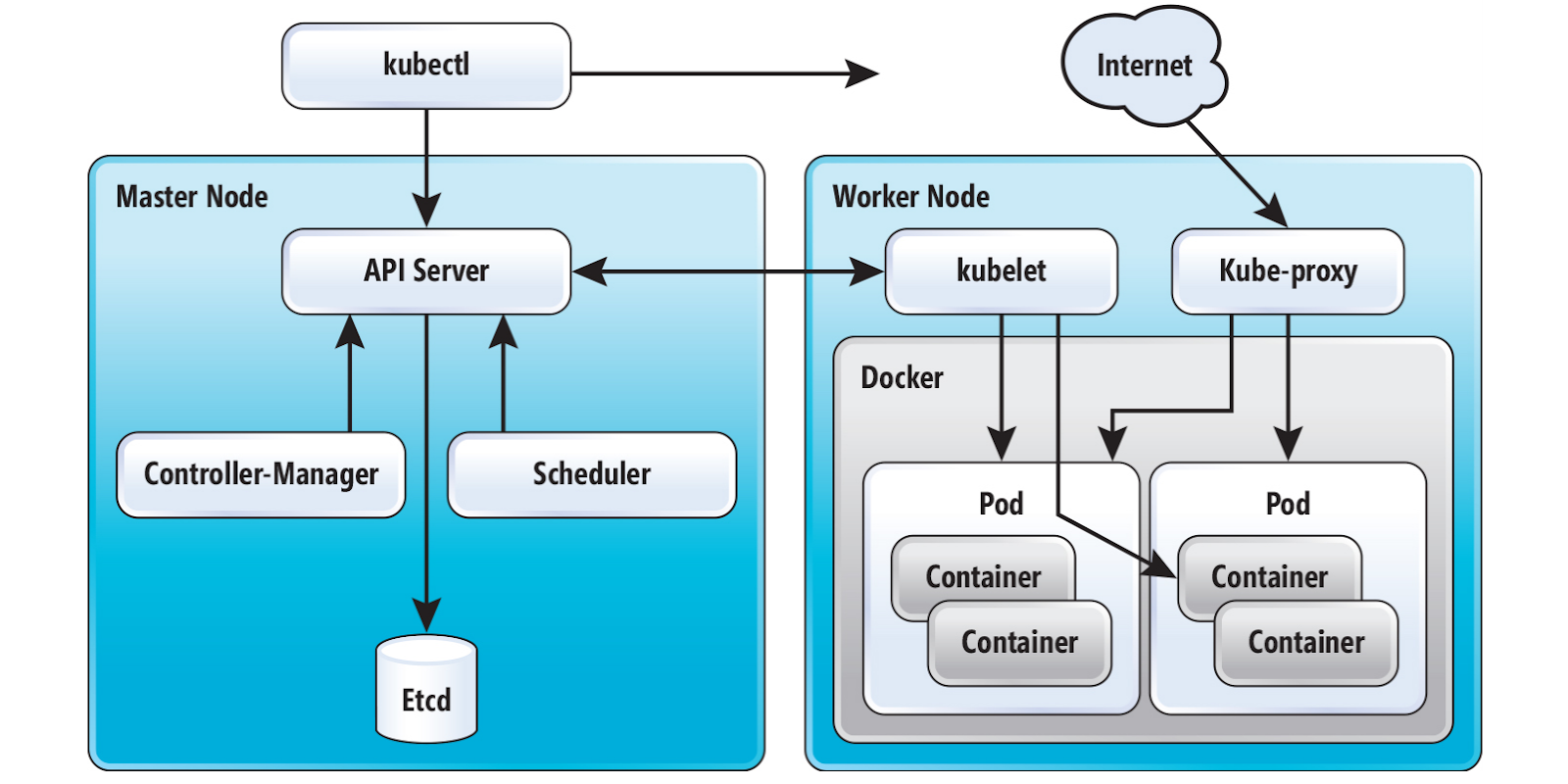 A Kubernetes cluster comprises a master node and multiple worker nodes, where all the workloads are hosted. The master node serves as a management node. It can also host workloads, but it is considered a bad practice. If the workload on the master node is compromised, it is a high probability that the whole cluster will also be compromised.

[1] Docker (Unknown Date), “What is a Container”, Retrieved from https://www.docker.com/resources/what-container